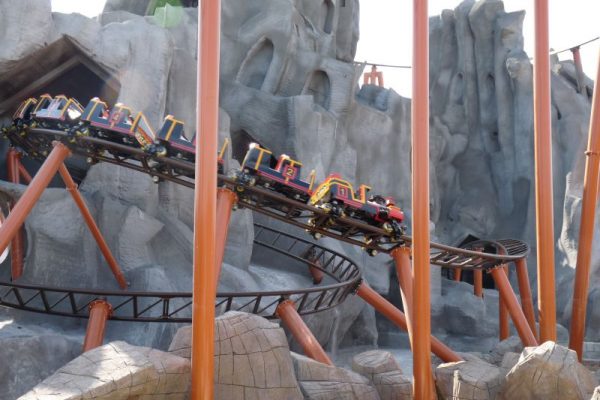 Traditional mine train roller coaster track elements include several banked turns and helices. There are sometimes level straightaway sections, but few large drops. Most include more than one lift hill. Often a mine train roller coaster will make its way through trees, tunnels, rock formations, and over small bodies of water. Some even feature scenes with animatronic figures.